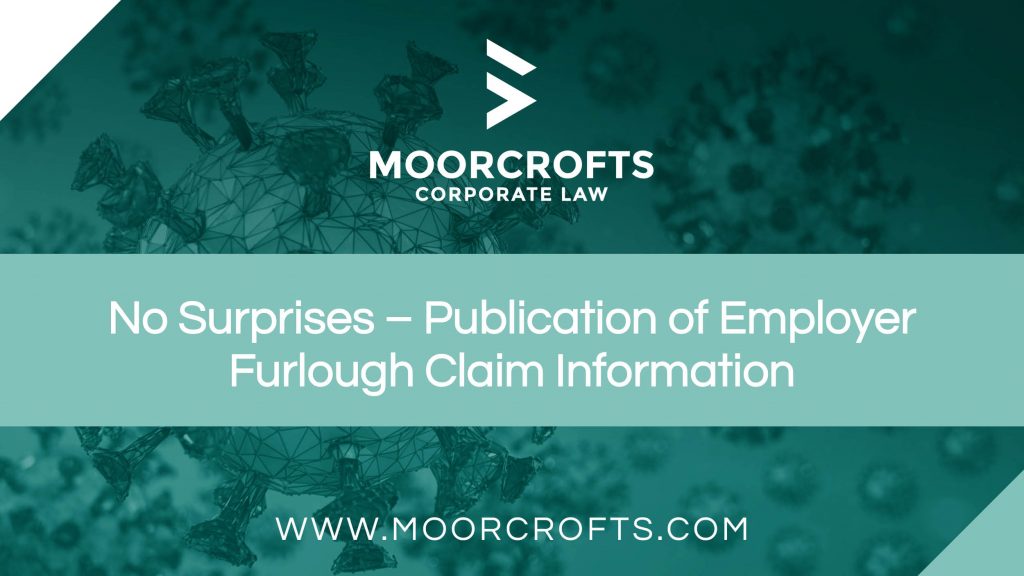 In an update to the furlough guidance, the Government has confirmed that they will be publishing information about employers who claim under the furlough scheme for the period starting on or after 1 December 2020. Initially, HMRC will publish a list of employer names on GOV.UK on 26 January 2021. At some stage in February 2021, HMRC will then start to publish the following information on a monthly basis:

Also worth noting is that HMRC will be providing information direct to employees about furlough claims as, in February, HMRC will be including details of furlough claims made for them, for the claim periods starting on or after 1 December 2020 in their Personal Tax Account.

There is a restriction on the publication of the furlough claim information if employers can show that publishing the information would result in a serious risk of violence or intimidation. For employers who believe they fall in this category, they will need to make a request to HMRC not to publish the information but that request will need to be supported by evidence of the risk.

Given the publication of furlough claim information, both the public and individual employees, an employer’s use of the scheme is likely to come under review. As such, employers need to review their furlough scheme arrangements to ensure that they have fully complied with the scheme and only make claims for employees properly furloughed under the scheme.

If you have any queries on the publication of furlough claim information or the furlough scheme generally, please contact, Moorcrofts Employment Partner, Matt Jenkin.