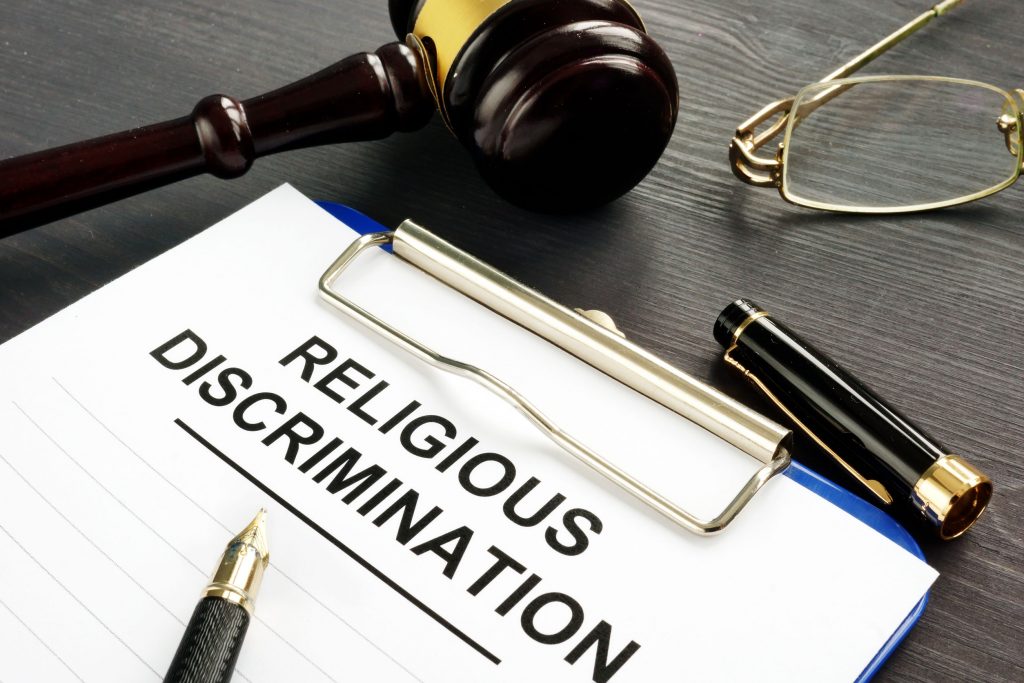 Discrimination on the grounds of expressing religious beliefs

In Poland this week, a branch of Ikea is facing a public backlash for dismissing an employee for anti-LGBT (Lesbian Gay Bisexual and Transgender) comments.  Poland’s conservative government is claiming Ikea may have broken the law by discriminating against Catholics.  It seems highly unlikely that the British government would take a similar line against an employer that dismissed for anti-LGBT behaviour, however this does not mean that we don’t see similar situations in the workplace, in this country, some of which highlight the tension between religious discrimination and LGBT rights.

So how can employers balance the right to freedom of thought, conscience and religion of employees, and the right to protect the interests and reputations of others?   The cases we have seen are different to each other on the facts, but all involve Christian employees who have claimed discrimination on the grounds of expressing their religious beliefs.

In a recent case, the EAT decided that an NHS Trust did not discriminate against a Christian magistrate after dismissing him for speaking out against homosexuality and same sex couple adoption in public.  Mr Page was sitting on a panel reviewing an application of a same sex couple to adopt a child.  Mr Page expressed the view to his fellow panel members that it was his belief that it is in the best interests of a child to be brought up by a mother and a father, and that it was “not normal” to be adopted by a same-sex couple. The other panel members complained and the Trust took disciplinary action against Mr Page who promptly took part in a radio phone in and was interviewed by the Mail on Sunday about the situation.  The Trust told Mr Page not to speak to the press, however, he continued to take part in interviews and was eventually removed from his position.    The EAT found that Mr Page had spoken to the media without informing the Trust, knowing that doing so would be likely to have an adverse effect on parts of the community it was there to serve and as such, the removal was not discriminatory.

We have also recently seen the case of a Christian nurse who was dismissed for proselytising, although somewhat unusually, she only claimed unfair dismissal and not religious discrimination.  Although it is likely that the outcome would have been the same, had she also claimed religious discrimination.  Complaints had been raised by patients at the hospital because the nurse (Mrs Kuteh) had been, amongst other things, telling pre-operative patients that they had a better chance of survival if they prayed to God, that the only way to the Lord was through Jesus and asked a patient to sing a psalm with her.  The trust had told Mrs Kuteh that she must desist from proselytising because complaints had been made.  The NHS trust eventually  dismissed Mrs Kuteh, because she had failed to follow a management instruction, for inappropriate conduct, and for breach of the Nursing and Midwifery Council  Code.  Both the Employment Appeal Tribunal and the Court of Appeal decided that Mrs Kuteh had not been unfairly dismissed.

A more recent case, which has not yet been decided, involves a Christian doctor who claims he was dismissed for refusing to use the pronouns his transgender clients wanted to be used to identify them. During his training for his role, which would have involved him writing reports assessing disability benefit claimants for the DWP (Department of Work and Pensions), an instructor informed Dr Mackereth that he must only refer to clients by the gender they identified with.  Mr Mackereth refused to do so.

Mr Mackereth, is claiming religious discrimination and unfair dismissal.  Mr Mackereth said that transgenderism was a “delusional belief” and that the Bible teaches us that God made humans male or female.  This case continues at the Employment Tribunal.

Employers do not always manage to successfully defend religious discrimination claims against them.  Back in 2013, Mrs Eweida won a landmark case against British Airways, after they made her stop wearing her white gold cross visibly.  BA had told Mrs Eweida that she must stop wearing her cross visibly, because it wasn’t conducive to BA’s corporate image. Mrs Eweida ended up taking her case all the way to the European Court of Human Rights (ECHR).

The court said BA had not struck a fair balance between Ms Eweida’s religious beliefs and the company’s wish to “project a certain corporate image” and Mrs Eweida was successful in her discrimination claim.

So how should employers handle employees who wish to express their religious beliefs? And how do they strike a balance between allowing that religious expression and everything else?  Any restrictions that employers make on employees seeking to exercise this right, need to be properly implemented, properly understood by all, and above all, they must be proportionate.

Holiday and Furlough How does it work?

The issue of holiday and employees furloughed under the Government’s Coronavirus Job Retention Scheme (CJRS) was one of the more tricky issues that the CJRS threw up. The initial uncertainty wasn’t helped that the first few...