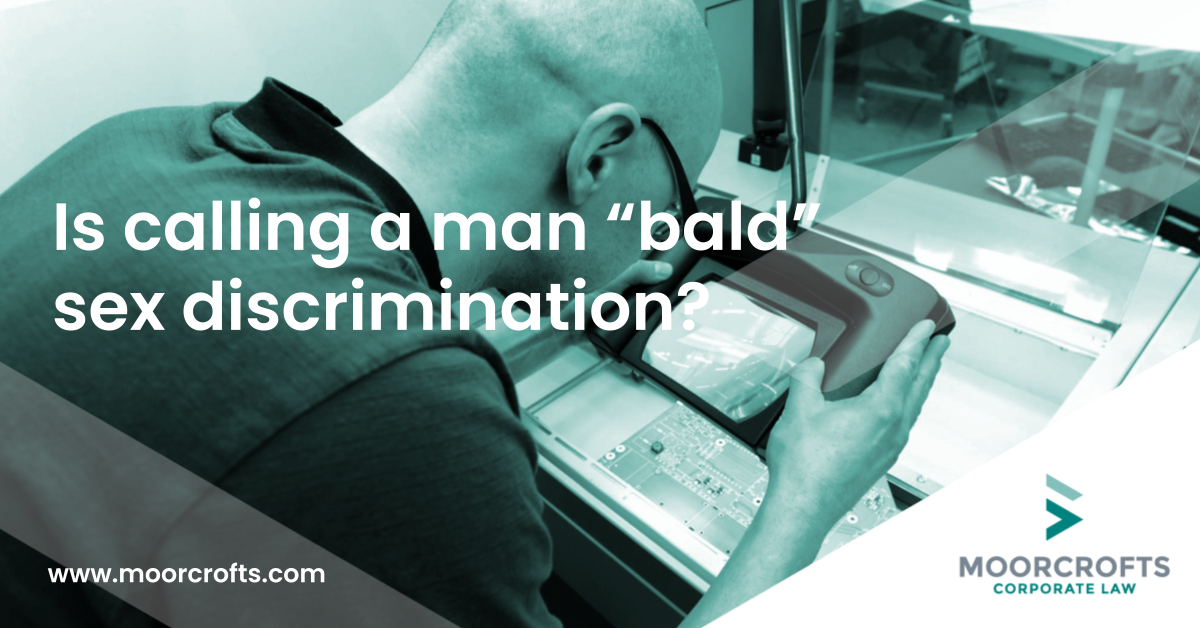 An employment tribunal has recently ruled that calling a man “bald,” is sex-related harassment. In Finn v The British Bung Manufacturing Company Limited, a tribunal heard that Mr Finn, who worked as an electrician, was dismissed from his role, without notice and during an altercation, his shift supervisor had called him a “bald c***”. The British Bung Manufacturing Company is a small, family business and Mr Finn had worked there for 24 years. The workforce was predominantly male and the use of choice language was not unusual on the shop floor.

The conduct of Mr Finn’s supervisor was found to be unwanted, with the purpose of violating Mr Finn’s dignity and creating a degrading, hostile, offensive and intimidating environment, therefore the Tribunal found that it met the definition of harassment. The question for the tribunal was whether or not calling him “bald” was related to sex, in order to qualify as sex-related harassment. The tribunal found that although both women and men can be bald, baldness is a characteristic much more prevalent in men, and thus there was a connection between “bald” and Mr Finn’s sex, which is a protected characteristic under the Equality Act. Therefore, it was found that Mr Finn had been harassed on the grounds of his sex.

Although the use of bad language was commonplace in this place of work, this is a helpful reminder to employers that workplace “banter” and name calling can lead to discrimination and harassment complaints. Which might also beg the question, since many staff have been working from home for the last 2 years, have some people forgotten how to behave now that they are back in the workplace? It is more important than ever to have clear policies in place to remind staff how to behave at work and what is unacceptable conduct. Training staff and managers and having proper policies in place, should emphasise the risks of potential complaints and remind employees what is and is not acceptable.

Please contact the Moorcrofts’ Employment Team for advice or guidance on any of these issues.