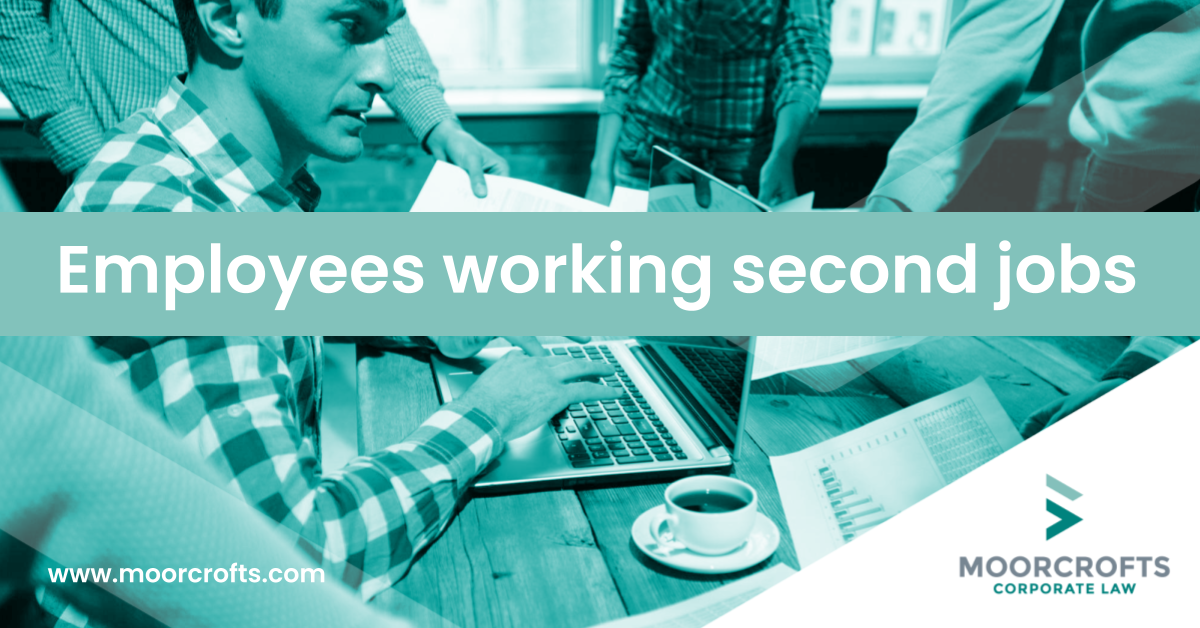 A recent survey from pensions and investment provider, Royal London, has found that millions of UK workers have had to take second jobs in response to the cost of living crisis.

Research reveals that 5.2 million workers have taken on an additional job in order to cope with climbing costs.

Secondary employment has always existed, sometimes the employee has another job because both roles can only offer part-time hours.  Others might want an additional income or want to learn skills in another working environment and legally there is nothing stopping them from doing this.  Whatever the reason, secondary employment appears to be on the rise.

If an employee has a second job, the employer might be worried that the employee is going to be less productive when working for them. They might also be concerned about a particular conflict of interest between their company and the other employer.  There are other considerations which may also bother the employer, such as the individual being over-worked, which may result in workplace stress, which the employer has a duty to manage.

Work place stress can also lead to absences, another headache for the employer.   So what should an employer do if one of their employees is working a second job?

If the employee asks for permission to work a second job, the employer should be careful about refusing this unless there is a good reason, and any discretion to grant permission should be exercised reasonably.

There may also be other issues to be aware, for example, working time. The Working Time Regulations put a weekly cap on working hours and employers are responsible for ensuring compliance with this. If the employee is working a second job and has not signed a 48 hour opt out on the weekly limit, the employer may want to ask them to sign an opt out in order to limit its liability. If an employee is working in excess of the weekly cap,  they could also pose a risk to the health and safety of others.  In which case, the employer would need to make sure they were aware of this and take any reasonable steps to mitigate any such risk, which may also include asking the employee to reduce their working hours or stop working their second role.

Although there is no statutory obligation on employees to tell the employer about a second job, there is an implied duty of fidelity between employer and employee, so an employee should not take another role which competes with their employer or they are likely to be in breach of this implied term.

If someone has a second job and they do not have permission and the employer wants to dismiss them, the employer would need to do this fairly.  This will depend, amongst other things, on whether or not there is a provision in the contract, and whether or not it is reasonable to do so.  For more advice on this, please contact the employment team at Moorcrofts.

Moorcrofts advises LPC Construction and Halo Hire on a...