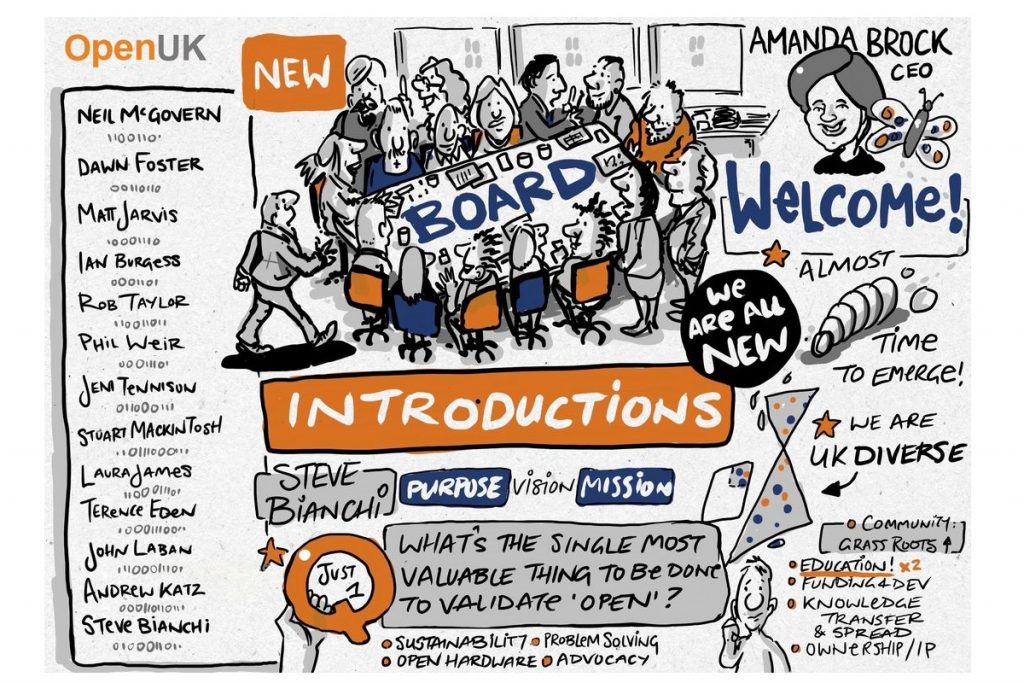 Andrew Katz named as General Counsel to the new OpenUK Board

Andrew Katz, CEO and Head of Tech and IP at Moorcrofts has been named General Counsel to the new OpenUK Board, which was officially formed this month following a meeting in central London.

The new board from the UK’s Open technology community collaborated in the best of Open at the meeting to bring a new Vision, Purpose and Mission to Open UK.

The board is also supported by a Board Facilitator, Steve Bianchi, and an Honorary QC, Iain Mitchell. Moorcrofts is providing pro bono legal advice to support Andrew Katz’s General Counsel role at OpenUK, and Andrew Katz is instrumental in the OpenUK Legal and Policy Committee.

“OpenUK is one of a handful of non-US organisations to have submitted an amicus brief ito the US Supreme Court in the crucially important Google v Microsoft litigation last week. This is one of the first steps the organisation is taking to engage globally and to be at the cutting edge of legal and policy matters across Open. Watch this space to see how OpenUK engages with the public sector and Government in the UK and beyond to make the UK the best place for Open Technologies from a legal perspective.”

The word is out and the buzz around OpenUK means that the board is already committed to several keynote speeches at Open events from Stockholm to Berlin, Paris to Lisbon this year.

The board provide a collective voice for Open and support a wide range of initiatives and activities. This will culminate in 2020 with OpenUK Week taking place week of 8 June alongside London Tech Week and with a September Dinner in the House of Commons.

“We have broadened out the remit of our organisation and emerging from a chrysalis, will see the organisation metamorphosise into the first organisation globally to tackle head-on the need to bring together the Open communities in Open Source Software, Open Hardware and Open Data. If any communities understand how to collaborate it’s these three and they are doing so through OpenUK.

As you will see from our new web site, openuk.uk, we have a range of activities engaging with an array of companies and individuals in the UK and beyond and are actively working at a variety of levels in the public sector. We aim to make the UK a world leader in Open in a post Brexit economy.

As an industry collaboration and representation body, OpenUK gives its participants greater influence than they could ever achieve alone and interacts within these communities in the UK and on behalf of them internationally.”

The Board has been appointed for a one-year term to share the structure and strategy of OpenUK. The organisation will move to an elected Board in-line with true Open community principles for 2021. Steve Bianchi, whose background in technology stretches across Zolando, Improbable and now both Revolut and Beamery is facilitating the Board’s work on strategy and structuring, “This is a great, diverse group for a Board. They show real potential to make change as the leaders of the UK’s Open Technologies.

Government plans to overhaul tipping practices in the...